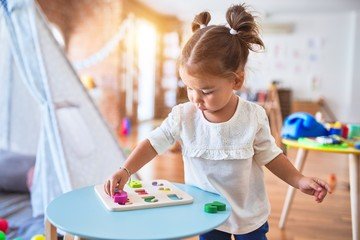 The High Income Child Benefit Charge (HICBC) (High Income Child Benefit Tax Charge – GOV.UK (www.gov.uk)) may have put off some from claiming Child Benefit in the first place but it is important at least to complete the claim form even if choosing not to receive the payments.  That way your child will automatically get an NI number when they turn 16 but also you can get National Insurance credits which count towards the state pension where claiming for a child under 12.  The pandemic has shaken everything up so do consider what your existing situation is and if it would be worth applying to transfer those credits between parents: National Insurance credits – GOV.UK (www.gov.uk).  If you have requested not to receive the payments in the past due to the HICBC but your/your partner’s income has subsequently reduced, ask for it to be restarted: High Income Child Benefit Tax Charge: Restart your Child Benefit – GOV.UK (www.gov.uk).  It is possible to claim up to two years if income has gone below £50,000 e.g. if your income was below £50,000 for 2019/20 and you claimed but chose not to receive payments, you have until 5 April 2022 to ask to be paid.

For a start “Tax-Free Childcare” (TFC) is a misnomer!  Putting that aside what it does provide is a 20% government top up for payments to approved childcare settings of up to £500 every three months for children under 12 years old.  Anyone can pay in the pre-top up amounts.  What was long overdue when it launched in 2017 was government support for the self-employed for childcare.  Childcare vouchers and directly contracted childcare had been around for employees but there wasn’t anything like that for the self-employed.  The vouchers and directly contracted childcare have gradually been phased out but still may be in place for employees who are already in the system and with the same employer – and you can’t have both!  They are not directly comparable so if you are in a household where these are received be careful before switching to TFC.   Here’s the link for the nitty gritty and how to apply for the “Tax-Free Childcare”: Tax-Free Childcare – GOV.UK (www.gov.uk)